The art of coining political buffoonery

Cartoonist Andy Davey says "Its time to be more radical"

Andy Davey was born in London. His dark years as a research chemist remain obscure, but after a rebirth in 1993, he emerged into the sunlit world of cartoons.

Since then he has had cartoons and caricatures published in various UK and European newspapers and magazines such as The Guardian, The Times, The Independent, The Independent on Sunday, The Scotsman, Private Eye, Punch (in its death throes), The Spectator, Prospect, Squib, E! Sharp, and the New Statesman. He drew a weekly “profile” caricature for The Sunday Telegraph and has also worked on the satirical TV cartoon series 2DTV and covered political events for Channel 5 and Sky TV News. He drew daily editorial cartoons for The Sun for five years and is now free-lance, often seen in the Telegraph and the Evening Standard.

Listen to Arts Round Up Episode 34 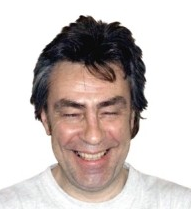